The man was passionate about food and the service industry.  For 8 years with one little shop, he served his vision well.  Then his shop burnt to the ground.   All he knew was the restaurant industry.  Determined to follow his dream, he started another little restaurant business.  He worked 7 days a week, taking one vacation to get married.

The business man had pizzas on his menu.  He considered new possibilities not yet conceived and had a radical thought.  It was risky.  He was heavily in debt.  Finally, he made the decision to only have pizza’s on his menu and, to deliver his pizza’s hot and fresh to his customers.  His vision worked.  It succeeded so well that many others have imitated Tom Monaghan’s business plan.

Domino’s Pizza now ranks among the world’s top public restaurant brands with its global enterprise of more than 10,200 stores in over 70 international markets. Domino’s had global retail sales of over $7.4 billion in 2012, which comprised over $3.5 billion in the U.S. and nearly $3.9 billion internationally.

While Domino’s pizzas continue to dominate the pizza delivery world, the man who started in a little shop is now one of the richest men in the US. Today, Tom Monaghan spends most of his money on philanthropic causes.  What Tom inspires us to do, is to keep going.  If you get knocked down, you get back up again and, there are yet, new fresh ideas waiting to be discovered, if we are willing to take the risk.

All Tom Monaghan knew was the restaurant business.  He stayed where he was and used what he had.  That one radical and brave thought could have put him out of business.  Instead, it changed the pizza delivery business and birthed a new dream to be an entrepreneur and philanthropist.  His idea of thinking outside the box rewarded him with living that dream.  As of 2012, his Domino’s dream has been shared with franchise owner-operators who accounted for over 96% of the Domino’s Pizza stores.

In keeping with its mission of selling more pizzas, their emphasis on new technology has helped drive the emergence of Domino’s ordering apps, which now cover over 80% of the smartphone market, driving Domino’s sales to reach an unprecedented $1 billion mark in U.S. digital sales during April 2011 to April 2012.

What’s your dream?  What’s that one thought that’s going to change the world? 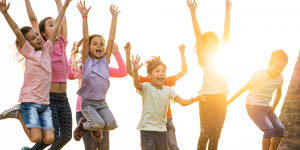 What is the Protective Behaviours program? 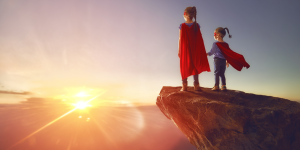 PrevPreviousHow to find the right editorial team?
NextIndie, Traditional publishing and the one in the middleNext 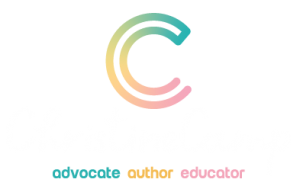